“Bust Down the Doors!”, a videopoem by Young-Hae Chang Heavy Industries, opens with a countdown, preparing the reader to the challenge he or she is about to encounter. Quick flashing words that compose the poem begin to blink in and out of the screen, daring the reader to catch each word properly and keep up to rhythm. The contrast of the black letters against a white background creates an almost hypnotizing pattern to this race. This format is repeated in all three different language versions, which are English, German, and French.

Read more“Bust Down the Doors!” by Young-Hae Chang Heavy Industries

The earliest snapshot of YHCHI’s website by the Internet Archive’s Wayback Machine was in August 16, 2000, listing “The Struggle Continues” as the first of 5 works with numerous translated versions. As they added to the list of works, the order of the works varied, shifting according to logic that is difficult to discern. The February 2, 2001 snapshot is the first appearance of “Dakota” both on the site, and at the top of the list, where it has remained to this day.

Why is this important?

Warning: be very careful with making assumptions about YHCHI, because just when you think you have figured them out, they switch things around on you and surprise you with a twist on their deceptively simple style.

This poem establishes a repetitive structure in three ways: the phrase “all fall down,” the animation which simulates the words falling down the screen, and the use of Dave Brubeck’s “Take Five,” which is highly recursive in its use of musical phrases. The strong musical and phrase pattern lend themselves to variation, enhancing subtle differences. 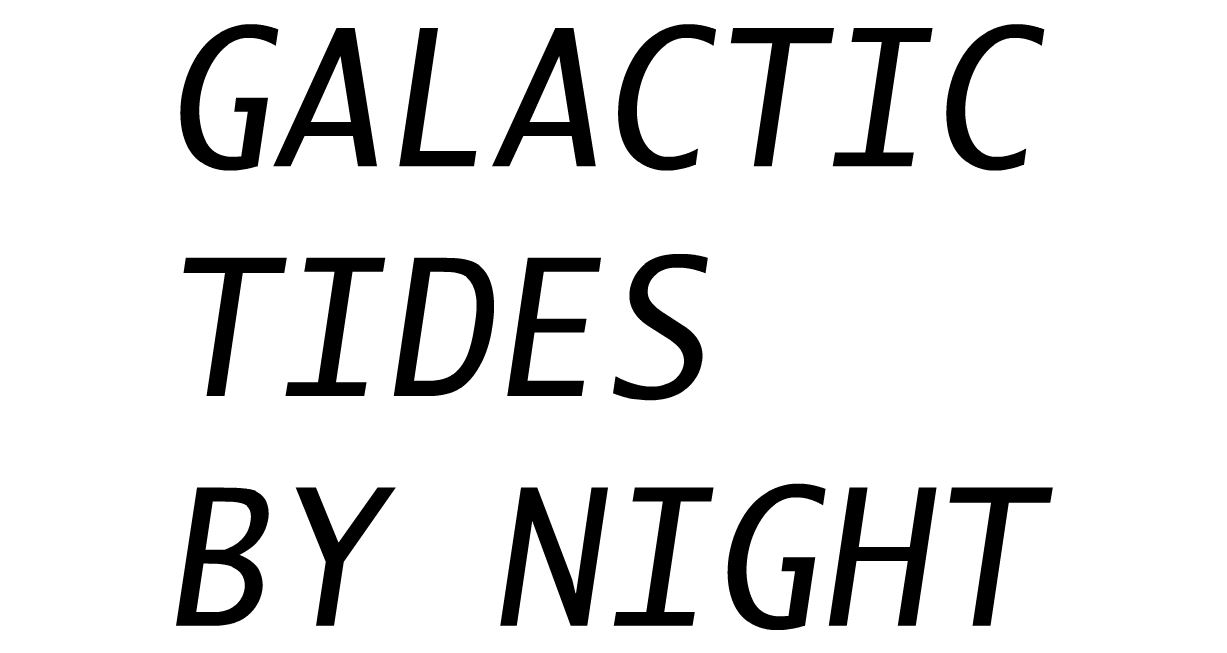 Whatever else the work of YHCHI is, it is also poetry. What else to call language so deliberately chosen, portioned, formatted, and delivered on a schedule to audiences? The two-dimensional visual formatting of the page using line breaks, stanzas, and spatial arrangements has to change when arranged along a fourth dimension: time.

In the iconic text animation style of Young-Hae Chang Heavy Industries, the finished work will tell a story of a futuristic city, dreamt up by participants using the animations they develop in the workshops. 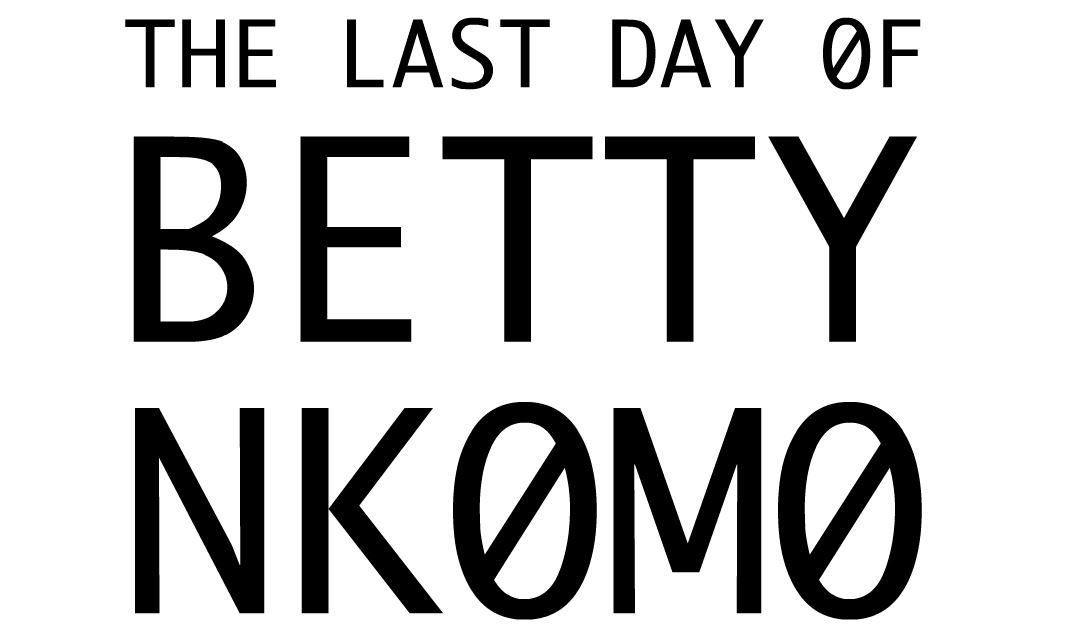 This 2005 piece distinguishes itself from most of YHCHI’s earlier work in two ways: it is brief (about 2 minutes long) and it uses an Okinawan folk song (perhaps a version of “Asadoya Yunta”) rather than jazz. This compelling story is perfectly synchronized to the music, powerfully narrating the thought process of a woman who seems to by dying on the floor, trying to get up, but unable to. The chords played on the sanshin set a regular tempo for the song and poem, but its heartbeat-like rhythm slows down into an abrupt silence at the end of the song, marking Betty Nkomos’ death.

For a more detailed reading of this poem, read pgs. 157-161 of Giovanna Di Rosario’s dissertation “Electronic Poetry: Understanding Poetry in the Digital Environment.”

This poem from circa 2002 contains the same linguistic text— that is, the same sequence of words— as the 2003 “Nippon” but it is a very different work.

“Orient” is set to the tune of “B. Quick” by Sonny Rollins, which makes it last slightly over 9:13. This song is a fast-paced bebop that sets an urgent, desperate, even frantic tone – making your heart race and eyes tear as you try to keep up with an aggressive reading pace. Stick with it and you’ll end up exhausted and bewildered as your brain gets taken through what reads like a stream-of-consciousness narrative about cheerful men who go to a bar and interact with desperately bored women whose job it is to make them feel at ease.

“Nippon” plays to the slower (16:42), softer, sultrier notes of Thelonious Monk’s “Japanese Folk Song (Kōjō no Tsuki)” which does wonders to transport us into a smoky, seedy bar in Japan where the same sexual politics take place as in “Orient.” Having those extra 7 minutes and 29 seconds to pace the same words in the same order makes a world of difference, too, as the spaces between the words increases in places, the clustering of words and phrases varies, and the audience has time to take it all in and sort out the details.

Another major difference is that while “Orient” is much like “The Struggle Continues” in having a black text on a white background, “Nippon” uses red and white and splits the screen space, displaying text in English and Japanese simultaneously. I recommend Jessica Pressman’s 2007 essay for a detailed reading of “Nippon” and its strategies.

So even though both pieces contain the same linguistic text, they are profoundly different works, each with a distinct impact on the audience and on the stories they tell.

This piece places a purported text by Kim Jong-Il in conversation with Nina Simone’s “See-Line Woman” in perfectly sexy YHCHI fashion. Whether the text is real or not is beside the question (I would like to believe it is) because the “Dear Leader” of North Korea provides a speaker and frame of reference that shapes how we understand the text particularly when juxtaposed with the music and lyrics sung by Simone. The text displayed on the screen is mostly by Kim Jong-Il, interspersed with some “Oh”s by Simone, creating a dialectic where male and female, communism and capitalism, North and South Korea, East and West, meet. Consider how the contrast between the seductive, commodified sexual politics sung by Simone’s and the political propaganda of sexual liberation offered by Kim Jong-Il’s text come together to help us rethink the granting or denial of sexual favors as a type of currency. 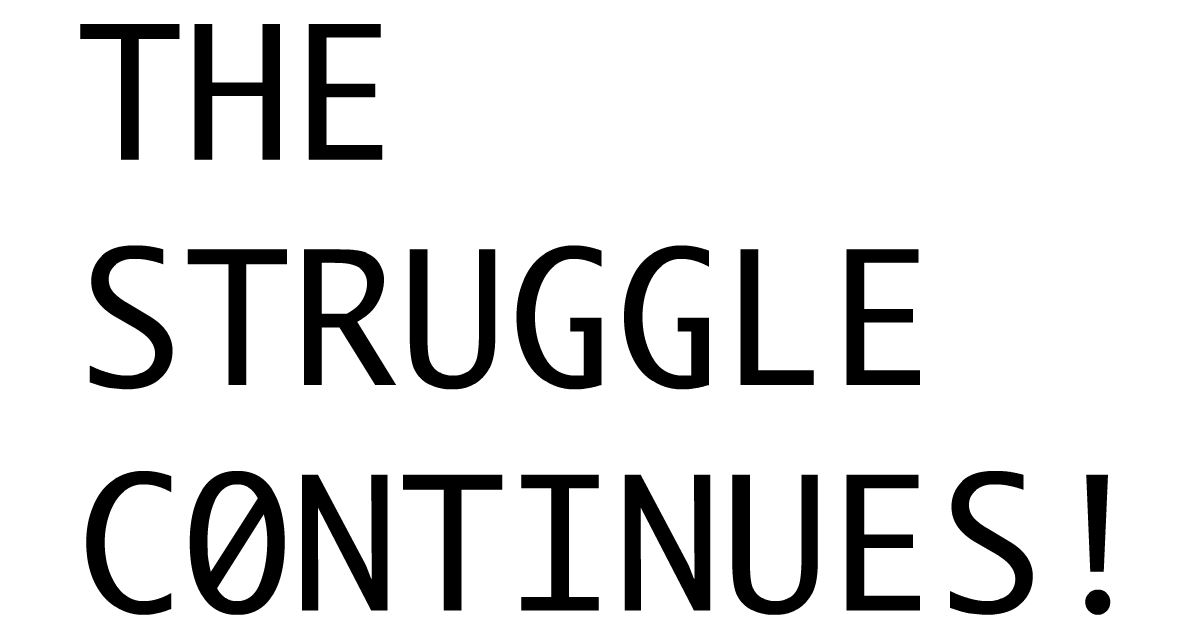 When Young-Hae Chang Heavy Industries (YHCHI) entered the scene in the late ’90s they did so with a splash because they had struck gold with an artistic formula that was both timely and classic: words synchronized to music displayed filling the screen. No interactivity, no multiple reading paths, no text generation, no bells and whistles, just plain and simple yet compellingly written text displayed to the tune of great jazz. For audiences, it is comfortingly familiar, like film or television, yet it is also challenging because it compels focus and unwavering attention. The passivity of familiar media that requires no decisions from you blends well with the active engagement that is the act of reading, particularly when scheduled to the beat of a catchy tune.