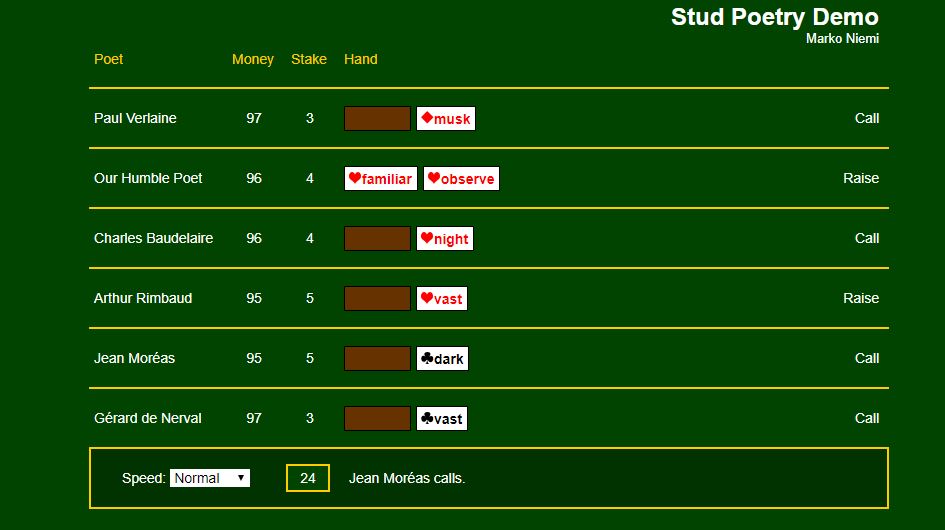 This playful e-poem generation machine places randomly selected words and assigns random relative value to them as it places them in the structure of a poker game. You play “Five Card Stud” against five randomly chosen poets, who play at differently randomized levels of “aggressiveness.”

If the game was less random in any of these aspects, one could attribute more meaning to these values in the poem. One can only “read” the words and authors chosen included in the dataset, and reflect upon how one is following and seeking to organize words according to the rules of poker, rather than in sentences. Having a word repeated three times and another twice makes for a poor sentence, but a great Poker hand. And measuring the value of word combinations (which you learn as you play) and knowing when to fold or bluff the other players is the way to win at Poker— except you can’t really bluff or “read” the other players’ randomized behavior. All you can do is play, read witty word combinations as they occur, and hope Gérard de Nerval doesn’t have the nerve to call your bluff.

P.S. I spent more time playing “Stud Poetry” than I care to admit.