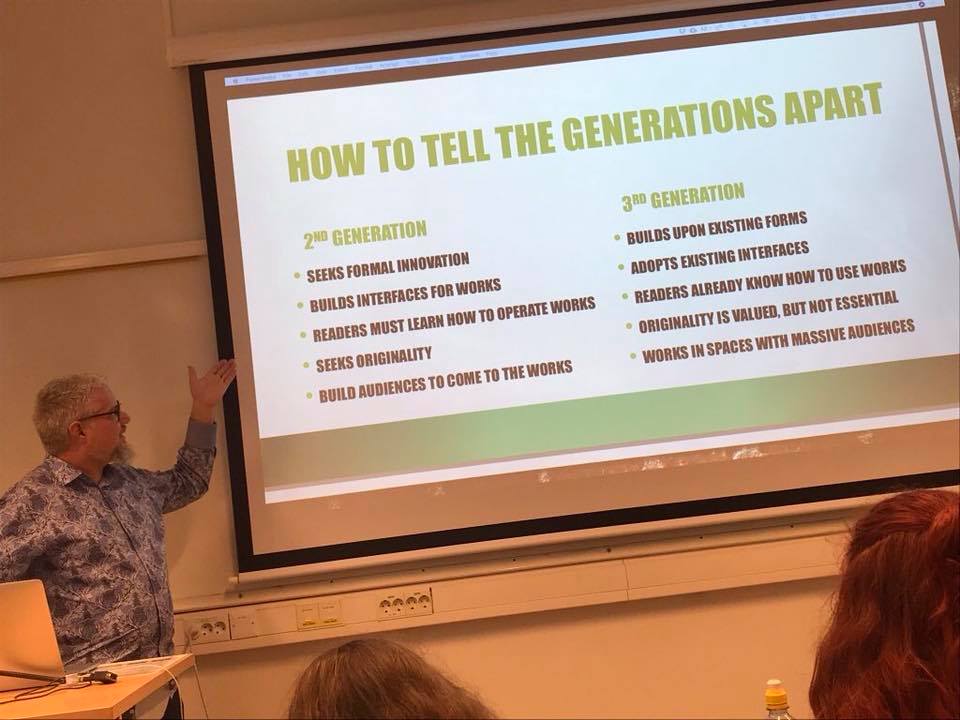 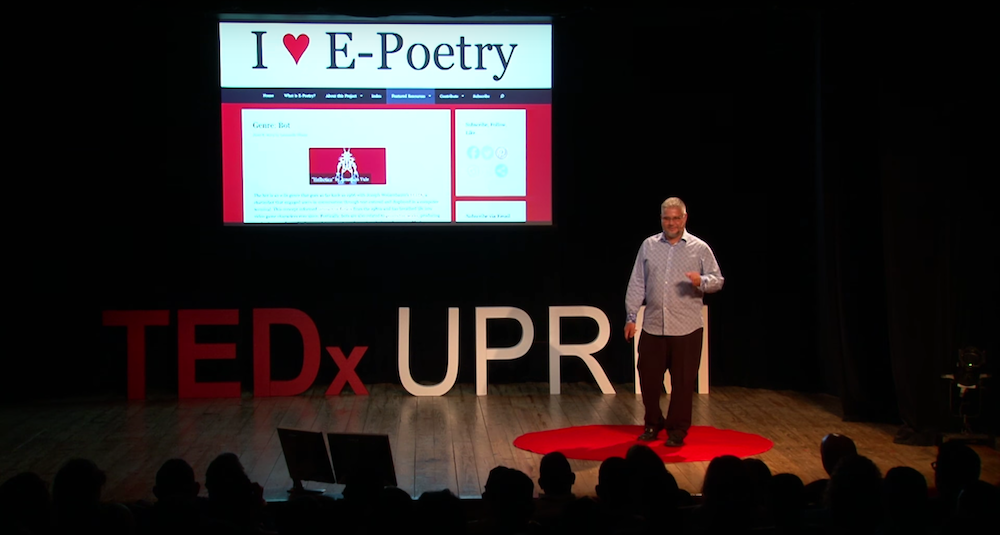 During the month of April, the USA celebrates National Poetry Month, a literary celebration inaugurated by the Academy of American Poets in 1996. To join the celebrations, the Electronic Literature Organization and I ♥ E-Poetry will be publishing a calendar (below) to highlight e-poetry performance and publication events from around the world.

The ELC3 Bot will be featuring 54 works of e-poetry published in the Electronic Literature Collection, Volume 3.

Don’t know what e-poetry is? Read my definition.

The calendar below will be updated regularly during the month of April. To add your events, publications, performances, etc to the calendar, please contact Leonardo Flores at leonardo.flores@upr.edu.

I ♥︎ E-Poetry invites the community to submit readings of works of electronic literature published in the ELC3. The guidelines are as follows:.